We live right next to an old railroad track. It used to be a very active line with large passenger and freight trains traveling up and down it daily. Now it’s just a spur line, used to service a factory and carry some grain out from local farms in the fall.

Because there’s so little traffic on the tracks now, we enjoy walking them on a nice day. There’s all kinds of local lore about spots along the way.

Josh had heard tell of an old underpass about a mile up from us. The next cross road on our state route used to pass under the railroad and go up the hill behind us. There hasn’t been a road there for probably 40 years though. Our only clues were to look for a spot where the ravine on either side was very steep and a big red barn could be seen off to the right.

We walked a ways until we saw a red barn and the hillside was very steep. Even though many of the tree leaves were down, the honeysuckle was still pretty thick, making it hard to see down the hill. We found a path and followed it down but it didn’t lead anywhere. We climbed back up and decided to turn back home.

As we walked back we could hear a big creek below and saw it on one side. McGregor and I wondered where it went and thought it looked like it ran under the tracks. We maneuvered our way (=slid mostly) down the steep hillside and found it!

It was bigger than I thought it would be, made of huge hand cut stones. It is hard to imagine how they managed to get them all set in place without any big machinery, way back there in the woods.

Some of the rocks have begun to come apart in sheets, probably due to water seeping in through the years. 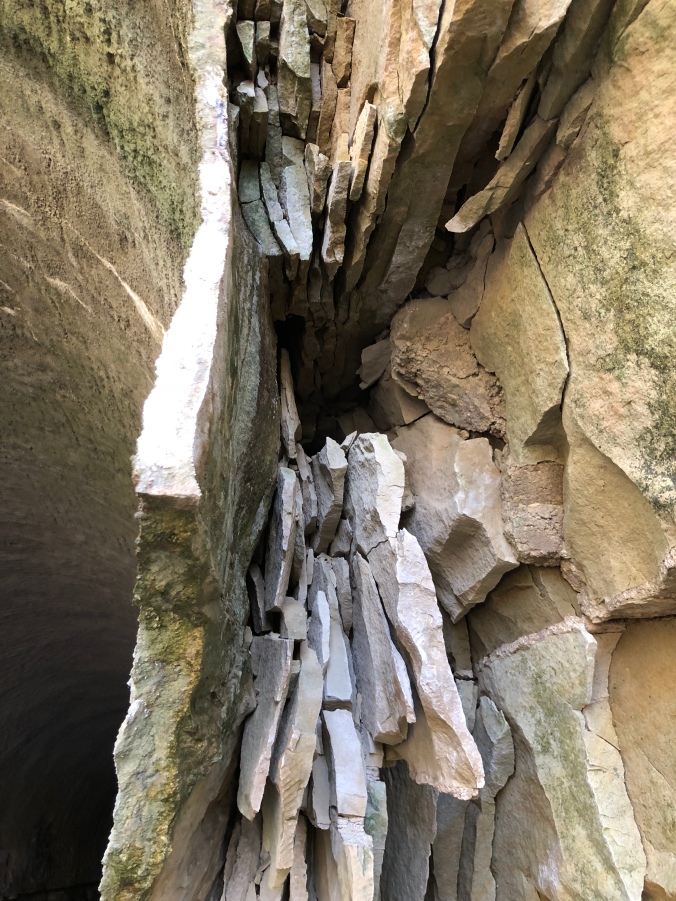 You can see where the roadway once was, about two feet up from the water line now. The floor of the tunnel is made up of broken up chunks of road. It’s amazing what flowing water can do to a road in a few decades!

There were lots of raccoon prints in the sand inside the tunnel. Must be a happening place in the evening!

It was a fun family adventure, discovering this little bit of local history. Our neighbor came over when we got home and told us about when he went looking for that same tunnel with his boys more than 20 years ago. He said it hasn’t been used as a roadway for probably 40 years or more but didn’t have that big creek running through it last time he was there. Maybe someday we’ll make it out to Lebanon to see some of the old county records. It’s amazing all the cool spots that exist so close by and you never even know they are there! 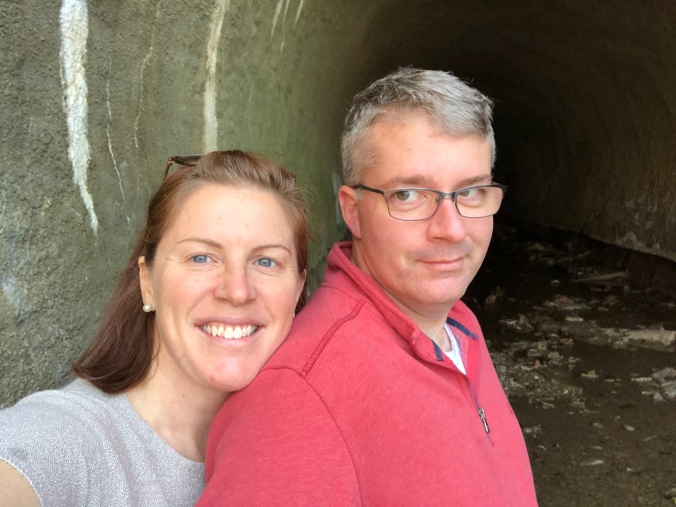