Several years ago I had one elderberry bush pop up by the mailbox. It was most likely carried over the road from Rita’s by a bird – stolen berries passed through its body and planted nearby through its droppings.

Initially I didn’t know what it was. A flower perhaps, I moved it up into one of my front beds so it wouldn’t get mowed into oblivion. Rita eventually identified it for me and advised I move it someplace where it could spread without problems.

I moved it to my herb garden. By the end of that first year in with the herbs, it had multiplied from one to 5+ large bushes. I knew that wasn’t going to work so the following spring I dug it up and moved it over by the tree line. I thought there it could spread endlessly.

Then the following winter I got my shed and that was the best spot for it. So I set to digging out my bushes again, now more than 10 in number. I moved them to my berry garden, where they have become a small elderberry forest.

This spring they are lush with clusters of dainty flowers. 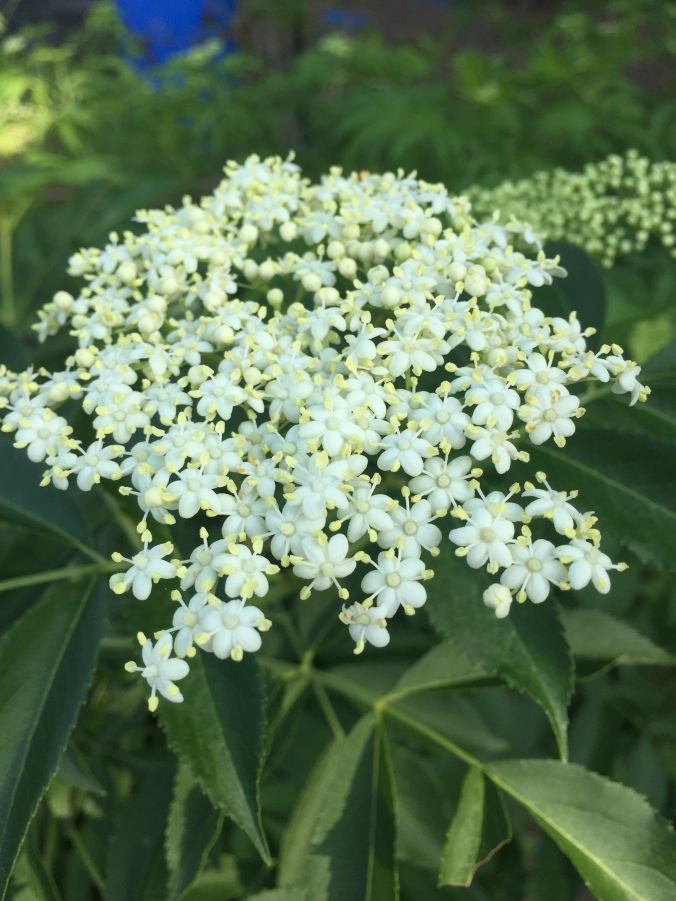 I am torn – to pick flowers or let them go to berry?! There are medicinal uses for both elderberries and elderflowers. I suppose I could do some of both.

Soon I will need to figure out a netting system to keep the birds from stealing all my berries. Though I suppose I should be grateful to that bird thief who brought me my first plant…

One thought on “My Little Elderberry Forest”