Josh and the boys and I spent a few days up at the lake house after Christmas.  We arrived late Christmas day to a real winter wonderland!

the view out the back porch onto the canal

It was pretty dark that first evening but early the next day the boys each unpacked their snow gear, suited up, and headed out to play. 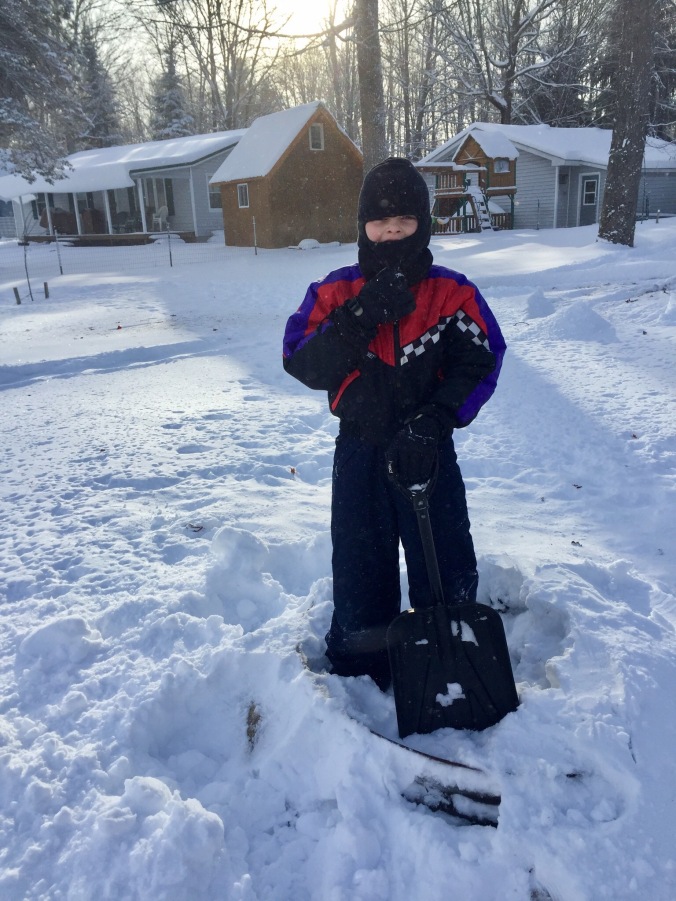 Oliver is under there somewhere!

Josh got out the ice auger to determine if the ice was thick enough to be safe.  He said the general rule of thumb is 4″ or thicker and you’re good to go.  We had 6″ so the ice rink preparations began. 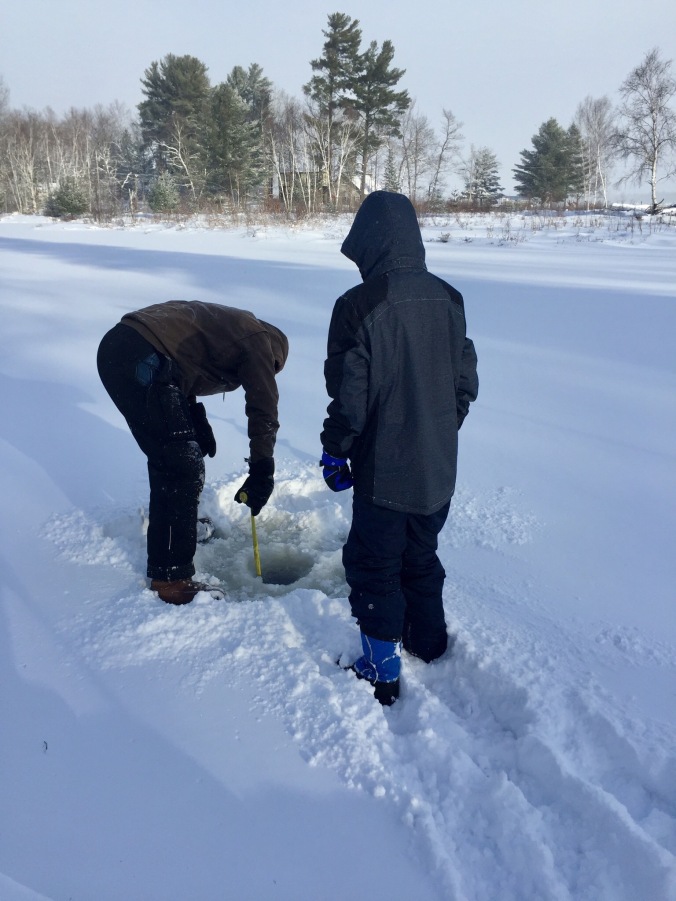 Mostly that just meant clearing off the snow and making it as smooth as possible.  We got a pretty good area cleared.  Then we just had to wait for Josh’s parents to arrive with our skates.

It was a family affair; even little Soju came out to play.  She had to have her sweater on of course.  It was only about 8 degrees outside! 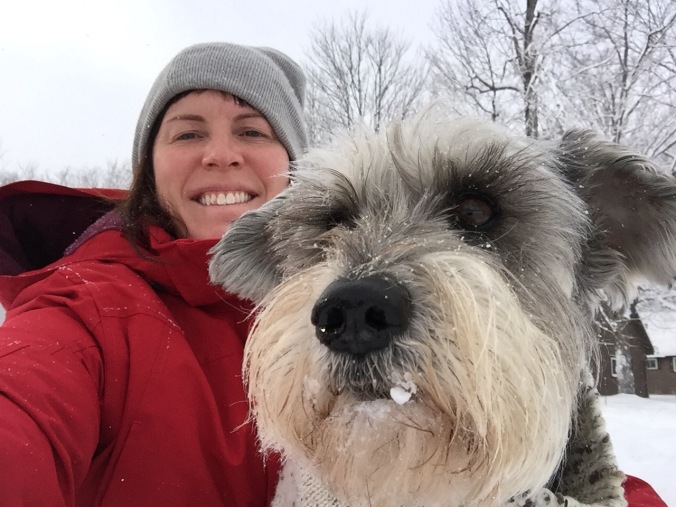 Tuesday evening my in-laws arrived with skates.  We had to re-clear the ice since it had snowed again since we did it the first time, but then we were ready to go.

Oliver was naturals on his skates.  We joked that next year Josh would have a zamboni attachment for his tractor and we’d have an Olympic sized rink, but really it was nice skating on a natural surface vs. one prepped with a zamboni because it provided some added traction for us novice skaters.

Baxter started off doing more walking than skating, but he did eventually get the hang of it too and was whizzing around all over the place.

Look at those happy faces!  Unfortunately McGregor missed most of the fun because he was inside sick, snuggled up in the chair watching movies.  Oh well, it was a beautiful view out the window at least.

After the fun in the snow we all came in for a good snuggle.  There’s nothing like putting on dry clothes, wrapping yourself in a blanket and sipping on some hot cocoa after playing in the snow.  It’s half the fun of doing it!

Oliver and Baxter helped me make some Christmas Crack too.  It’s like a bark, made with caramel, saltines and melted chocolate.  My sister-in-law Sasha taught us how to make it and it’s become an easy family favorite this time of year.

Another day, Baxter and I walked up the canal to see our neighbor’s teepee draped in snow.  It was a difficult walk.  It’s amazing how much energy you expend trying to walk through deep snow.  I was sweating by the time we got there. 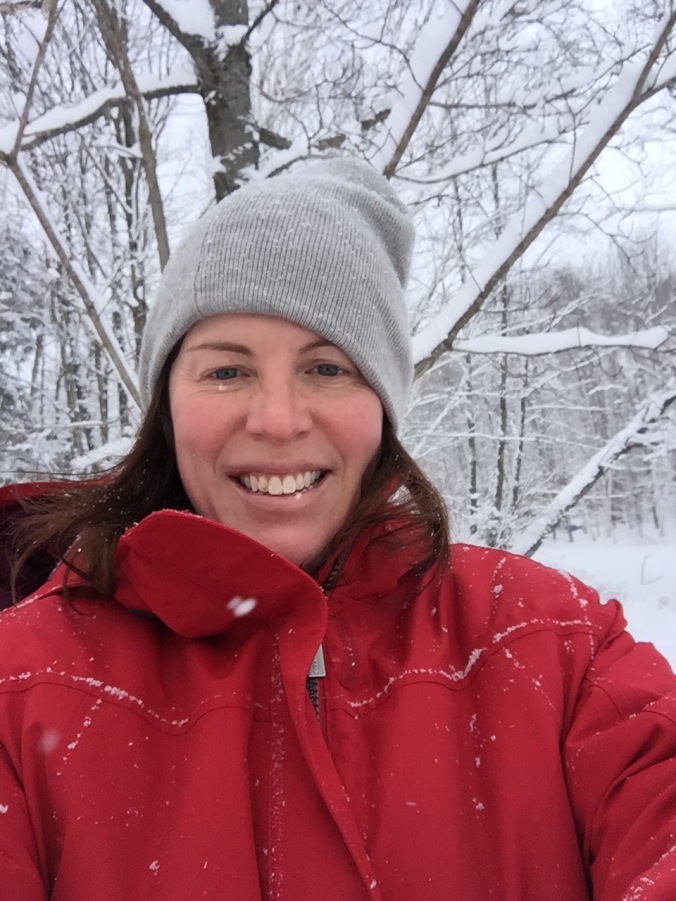 Baxter, on the other hand, was ready for a snow ball fight.  I saw him making this huge snow ball and asked, “Um, you’re not going to throw that at me, are you?”  He replied, “No, no, no.  I’m making it to throw at McGregor.”  I turned around and he yelled, “Snowball fight!” and threw it right at my neck.  Little stinker.

I decided this pretty little tree would be perfect to decorate next year if we had some big colorful balls, a string of cranberries or maybe some bird seed ornaments.  It’s on the edge of the island out in the middle of the canal.  Can’t you just see it with twinkling lights surrounded by a perfect blanket of snow??

We enjoyed a nice little break and some family fun.  It’s nice to have some down time after the busyness of the holidays.

How do you unwind and recoop for the new year?