Last Sunday we took our annual pilgrimage out to Corsi Tree Farm in Bethel, Ohio.  Josh has been taking the boys to this same local tree farm since McGregor was just a wee little one.

He described one of those memorable first years while we were walking out into the fields of trees:  McGregor was maybe four and Oliver about 18 months.  It had snowed the night before so Josh loaded up a sled, the chainsaw, and two toddlers.  They got to Corsi and both boys tired on walking in the snow before they even found a tree so they climbed in the sled.  They found the right tree and cut it down.  The boys had claimed the sled, though, so Josh had to pull them and the chainsaw and carry the tree!

Those days are long passed and now we have boys anxious to help with cutting down the tree and able to help haul it back out to the car.

Oliver was eager to be the one to cut down the tree.  He started it off but didn’t last very long before he got tired.

Next up was Baxter.  He didn’t even get through one back and forth with the saw before he decided he didn’t like laying on the cold ground.

Finally, McGregor took a turn.  He made it about half way through the trunk then declared, “Dad, you’re up!  Finish it for us.” 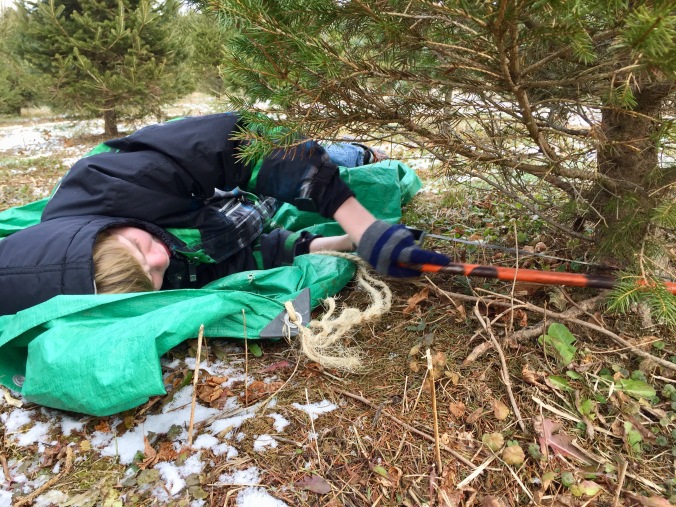 Josh got it done quick, which was good because it was super cold!

We huddled together to break the wind. 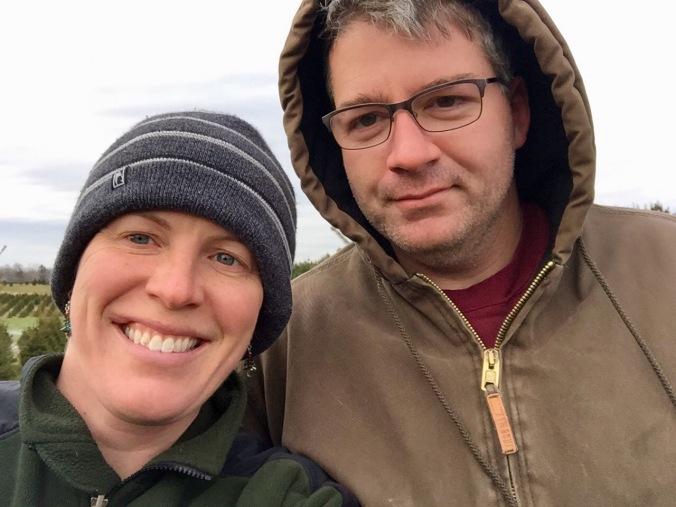 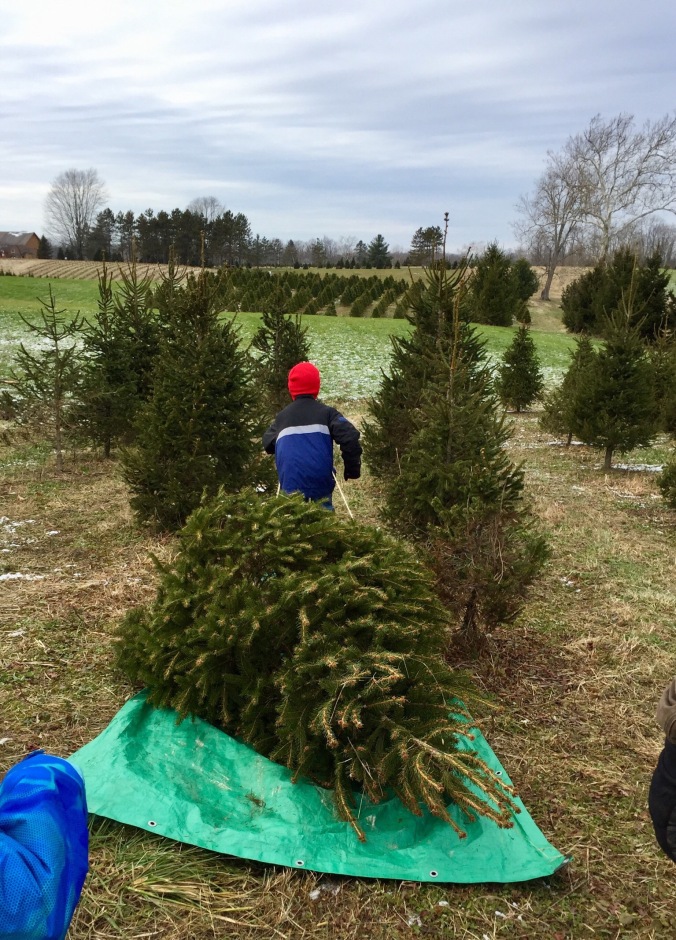 We made it home with the tree and got it set up after hot chocolate and a fire to warm us.  We also had to pause for Sunday dinner with the family.  We have created a tradition of inviting our whole family over each Sunday for dinner.  Not everyone comes every week, but it’s a nice ritual nonetheless.

Anyway, since it was Sunday dinner, Josh’s Aunt Robyn stayed and helped us with the tree too.  That was a fun addition!

Josh, aka “the ladder”

This ornament has special significance for us.  Josh and I met when McGregor was in my class at the first school I taught at: Montessori Center Room.  He was a parent volunteer in our classroom every Friday afternoon.  McGregor made this ornament there that year and it reminds Josh and I of how it all began for us.

Our tallest and shortest family members had to work together to get the angel on top of the tree. 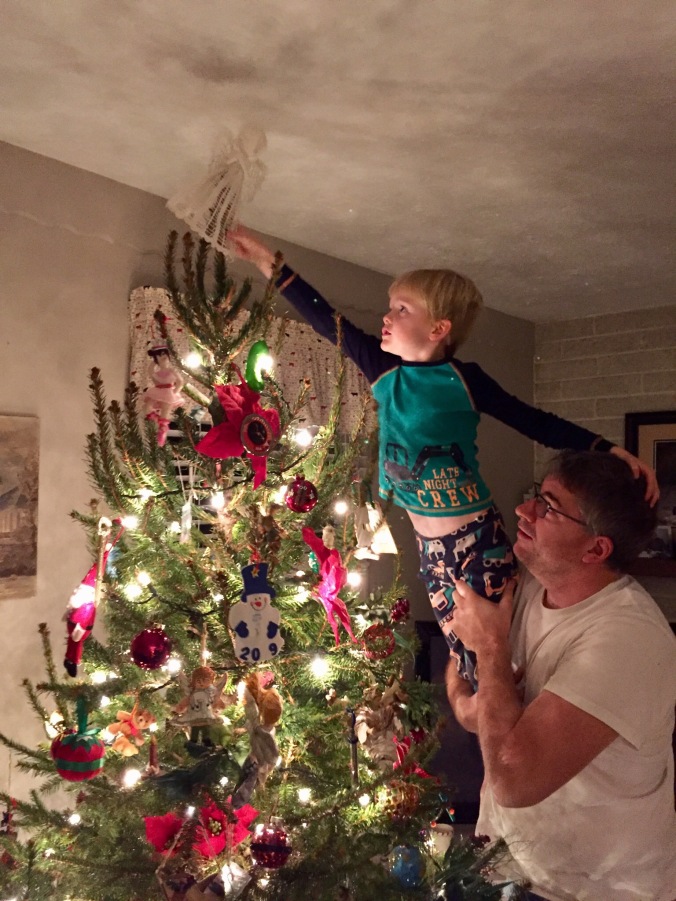 All done!  It’s another beautiful tree here at the Farm.  It’s really beginning to feel like Christmas now.