The other day I had a few minutes to kill before an appointment, and I was close to my favorite second hand store so I popped in to look around. In the housewares section, I came upon a mini donut maker unopened, in its original box and packaging. It was only $8 so I decided we needed to have it.

I brought it home and told my husband I was going to take it to Michigan so Robyn and I could play around with it and try some of the recipes. He was very worried it wouldn’t come home. I think he, too, was excited about the prospect of freshly made donuts. I assured him I would bring it back and make him some donuts too. Just talking about those little mini sweets, my mouth was watering!

So when we got here Robyn and I got it out and mixed up the most basic batter from the cookbook that came with it:

Batter prepared, Robyn suggested we make like a frosting bag for dispensing it. I filled a quart sized ziplock and we snipped the corner. It was the perfect tool for the job. 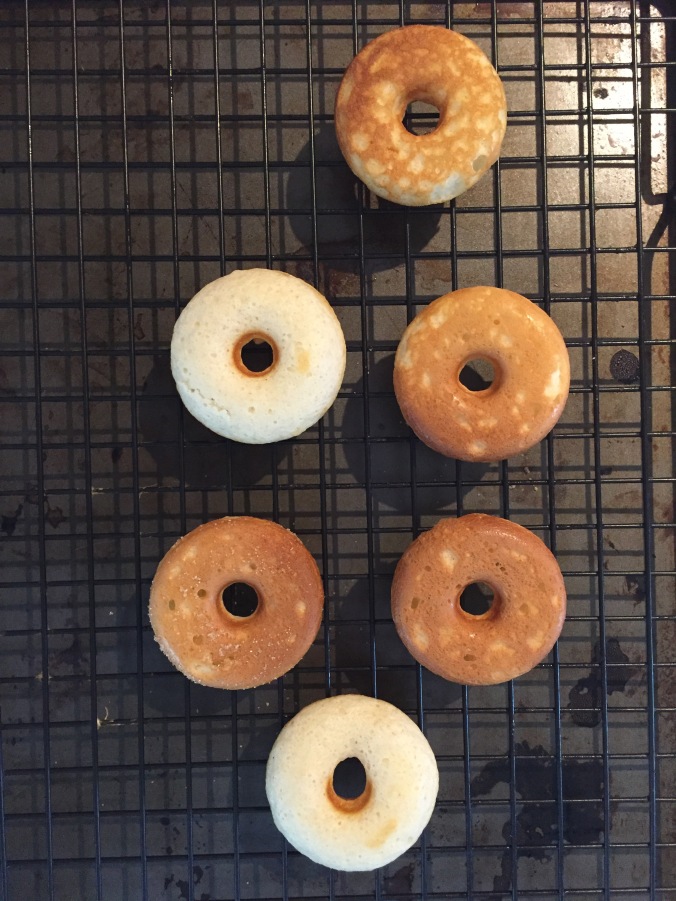 Then the fun part came – how to top those little babies.

First we tried jams. I had homemade blueberry crabapple jelly and violet jam. Both were good but not out of this world. Next we tried honey – getting better.

Then Robyn got the idea to dip them in cinnamon sugar. She mixed up a little bowl of the two and we tried dropping them in fresh off the pan. The cinnamon sugar mix didn’t stick very well though.

Ever the problem solver, Robyn suggested we melt some butter and do that then the dry mix. Now that was the winning combination. Simply divine. 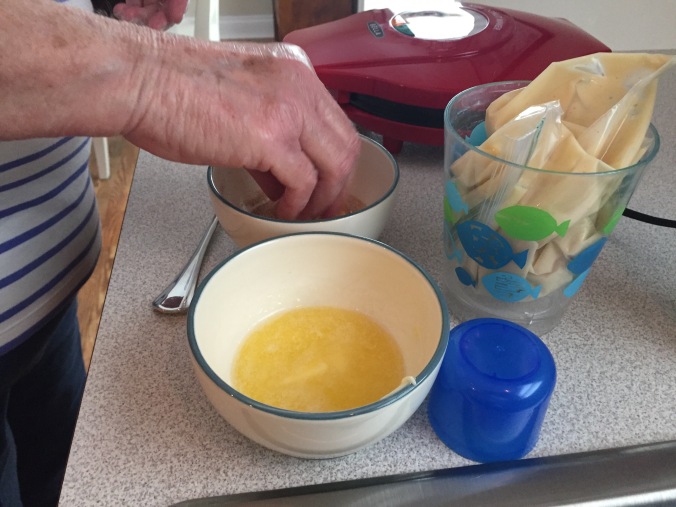 I won’t lie, we each probably ate 5+ of just those cinnamon sugar donuts.

Our final topping experiment was a glaze made of powdered sugar and milk. It wasn’t as amazing as the cinnamon sugar either so we decided that was the one to keep. I wrote it down in the cookbook so when I get home I can make that one for my husband.

It’s fun to experiment and try out new things in the kitchen. What new thing have you made lately?