My husband’s friend Doug sent him a message about a month ago asking if I could do anything with some sour cherries.  Doug knows my love of culinary adventures.  I had no idea what I would do with them at the time but I told Josh to tell him: Yes, I will take them!

Doug fought with the birds and managed to gather about a pound and a half of tiny cherries.  He tasted one and warned me: they are tiny, have a huge pit inside and taste extremely sour.  My husband looked at me like I was insane when I still said I wanted them.

I asked Doug to freeze them for me until we could pick them up.  In the meantime I started my search for sour cherry recipes.  I was looking for something where I could either run the cherries through my old food mill after cooking to remove the pits or better yet – a recipe that didn’t require removing them.

After a lot of hunting, I settled on trying a batch of Cherry Brandy.  My inspiration was from a blog called Ohio Thoughts, though I am modifying the process slightly.

To begin, I cleaned and removed the stems of my cherries.  Then I dropped them into one of my gallon-sized carboys and added 2.5 cups of sugar, shaking to coat. 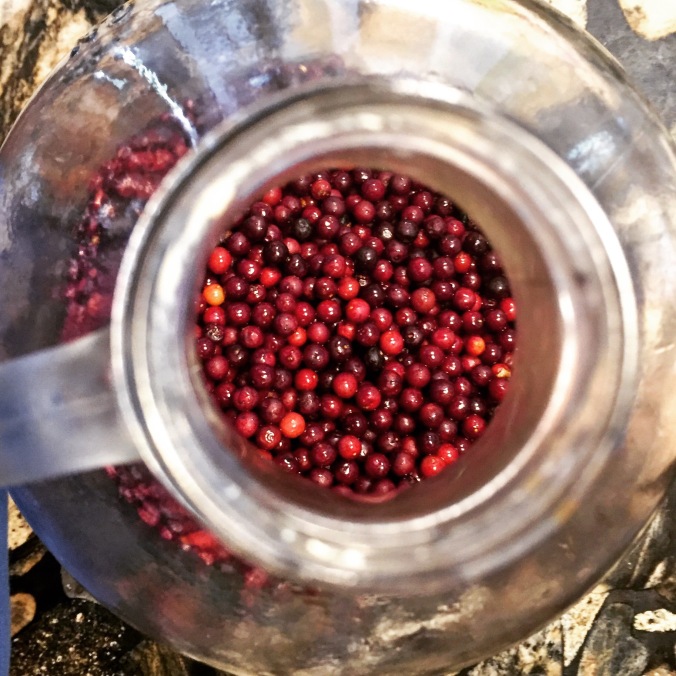 The recipe says to simply cover the cherries and let them ferment for two weeks.  I covered mine and left them sit several days but they weren’t seeping out much moisture and I saw no signs of fermentation so I altered my batch a bit.

I added about a cup of water and shook it to mix in all the sugar with the cherries.  Next I threw in a pinch of yeast, shook gently to mix, and covered it back up.  Now it looks like something is happening.  I can see tiny air bubbles forming on the top – a sure sign of fermentation. 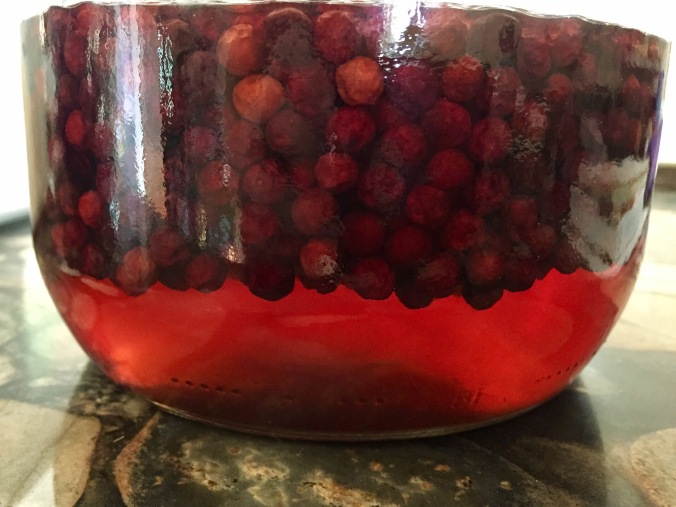 So now it sits for two weeks then I will mix in vodka in equal parts to the cherry mixture.  Then I let it age and hopefully will have some delightful homemade brandy by the holidays.  Cheers!

One thought on “Cherry Brandy”