September is the month that the garden begins to wind down.  It is still producing a lot but also transitioning as many plants come to the end of their lifecycles. 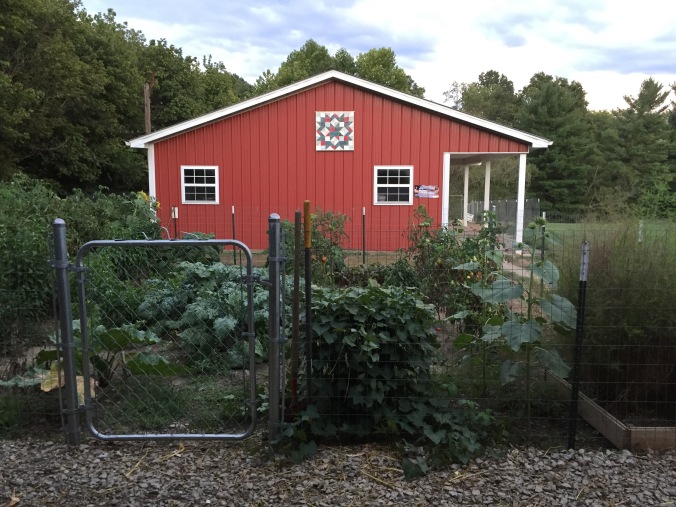 Just this week I pulled out the big red leaf kale that was left in the middle of the garden and added it to the compost pile. The chickens ate most of what was left off the leaves. It was riddled with cabbage moths and had been for a while but I left it in because it helped keep the moths off my other kale and I could pick some and give it to the birds each day.

Tomatoes are still very productive.  This is the time when all the green tomatoes start to turn and I’m canning tomatoes just about every day.  I picked two huge trays of them this week and made two batches of pizza sauce in the crockpot. Next batch I think I’ll make some tomato soup to stash away. 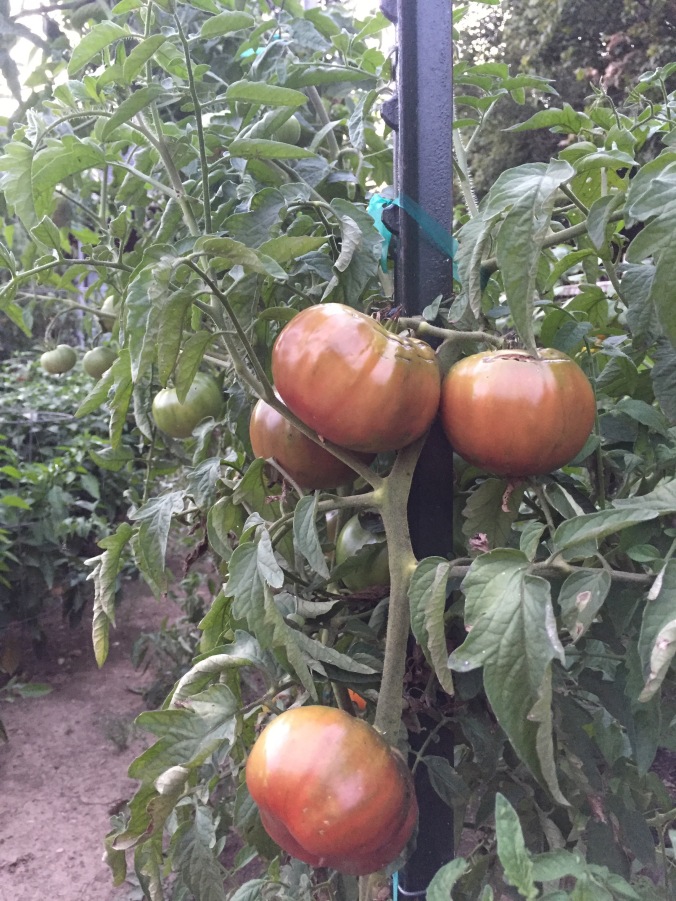 Peppers, too, are still going strong, as you saw in my previous post on my pepper projects.

My husband accidentally killed most of my green beans with his “weed” torch when he tried to clean up around the garden fence. It was a tragedy for the beans and a few blueberry bushes!  I only managed to pick a small tray of beans off the few remaining plants. 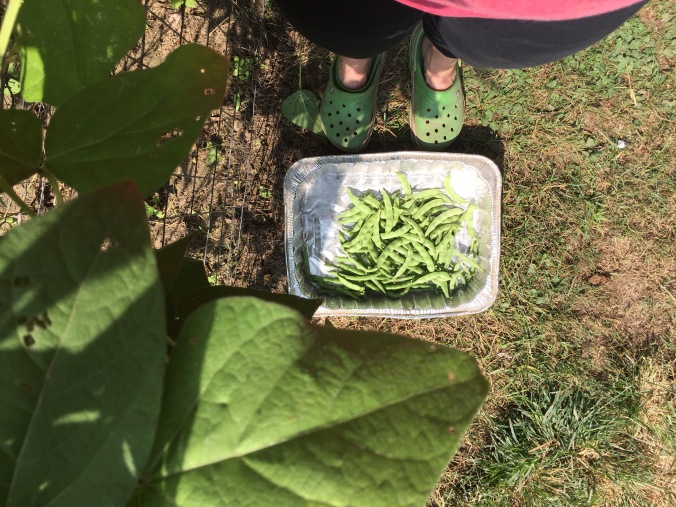 I did, however, plant one dry bean in the middle of the garden and its pods are starting to dry out. I opened one up to see what the beans looked like and was delighted to find these beautiful white and red treasures inside.

I’ve never grown dry beans before but am looking forward to trying them in some soups and stews this winter.

I picked the last of the ground cherries and pulled out the plants this week. They were browning and slowing down but mostly I just couldn’t deal with any more ground cherries!  I made a big batch of jam (look for that at the September New Richmond Farmers Markets) and still have a huge roasting pan full of them to use in the coming weeks.

I already dug up my potatoes in the ground but still have two garbage cans full of white potatoes to harvest and one of sweet potatoes. The white potatoes I may leave in place for a while yet since they should be fine under the dirt even as the temps begin to drop. Sweet potatoes are looking outstanding.  I can’t wait to see what in that can but I won’t dump it until the vines start to brown. 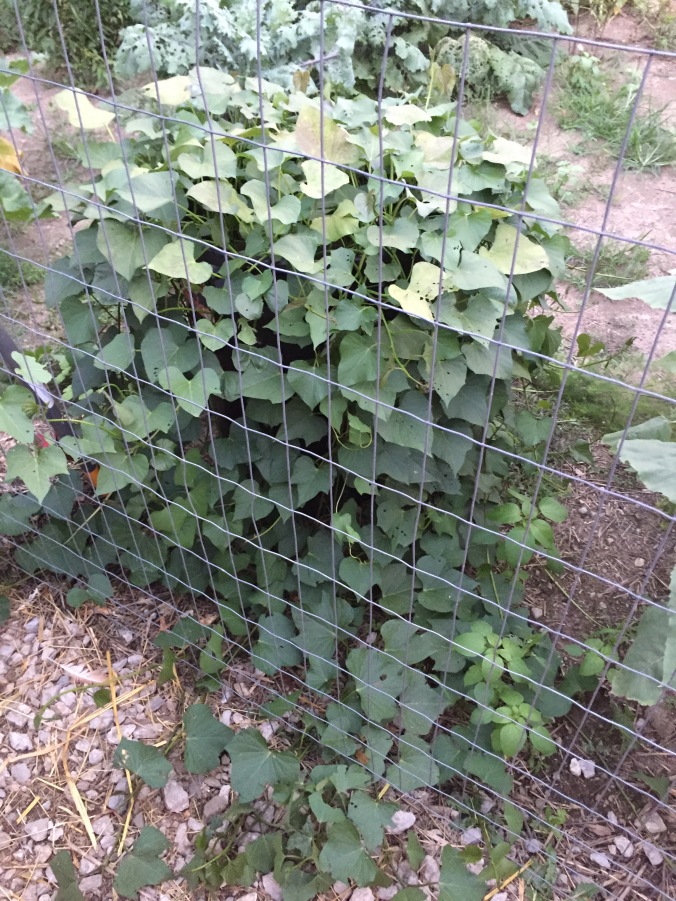 This past week I pulled the last of my beets and had several nice roasted beet salads. I froze the extras already roasted and cut up for some winter meals.

We are having our last few meals of the curly kale before it, too, will get cleared. The cabbage moths are slowly taking it over too so I have to be careful to wash it well so we’re not getting caterpillars for dinner. Nobody enjoys that!

I’m meant to plant another round of lettuce and carrots but never got to it – too much else going on.  Now I’m just focused on gathering up as much as I can from what’s left. The only thing I will plant before the ground freezes is next year’s garlic crop.

Soon it’ll be time to cut down and top dress the asparagus and mulch around the rhubarb – tucking in my perennials for the winter. I like to cover the garden in good layer of chicken bedding that I can till in come spring to revitalize the soil. It’s not quite time for all that yet though. For now, I’m enjoying the slight chill in the mornings followed by the warm sun as the day progresses.