We have had several retailers approach us about providing ducks eggs.  It seems like the universe is telling us it’s time for more ducks so we have been considering where we can house them.  There is a field at the back of our property that’s currently not used for anything so I suggested we could put a house out there and fence it to protect them since otherwise they’d be pretty much sitting ducks (excuse the pun) so far away from the house and surrounded by woods.

Next the question was how to put up a building most economically. My husband had seen online where people had converted old truck boxes into coops. I didn’t even know what a truck box was when he suggested this so he explained that sometimes companies have big box trucks that they want to use for something new so they take the box off and sell it. It’s basically a giant aluminum shell, generally watertight and very sturdy.

So he began searching on EBay and found a local company selling one on the west side of Cincinnati. Someone had parked a truck box behind their warehouse and then moved away and abandoned it. Mostly they just wanted it gone. The price was reasonable so we set up a time to get it.

Now when I say giant, I mean giant. When I saw this thing in person I thought my husband had lost his mind. I quietly thought to myself – there’s no way that’s going on our trailer!

But Josh, ever the planner, had built a platform perfectly measured to receive the truck box.

Two of the guys who were selling it lifted t with forklifts and through a lot of adjusting Josh got the trailer backed up under it.

One of the forklifts lifted Josh up to measure and make sure we’d fit under the bridges to get home. 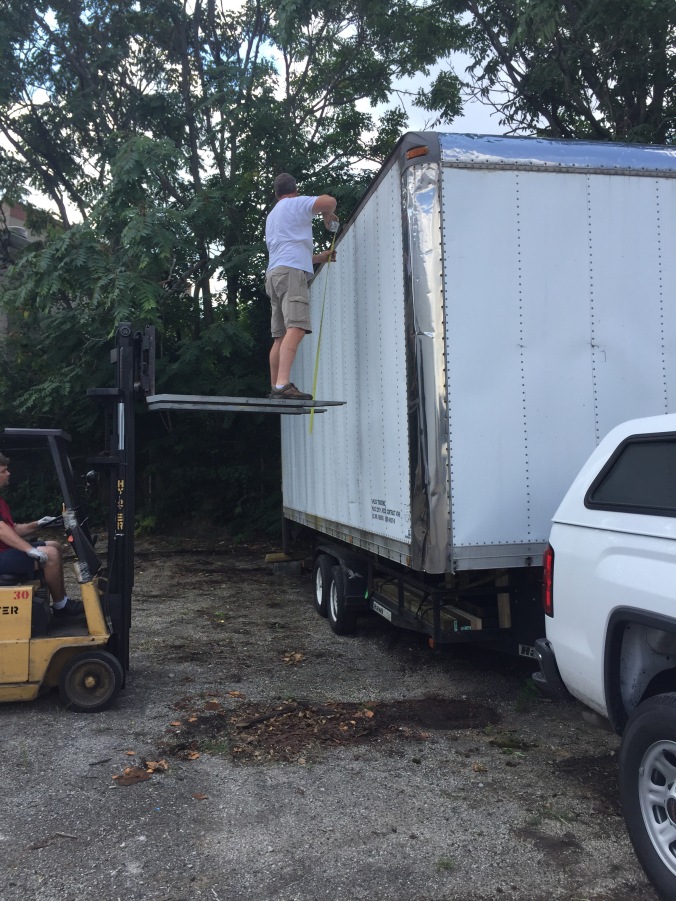 We got it strapped down and off we wound our way home. 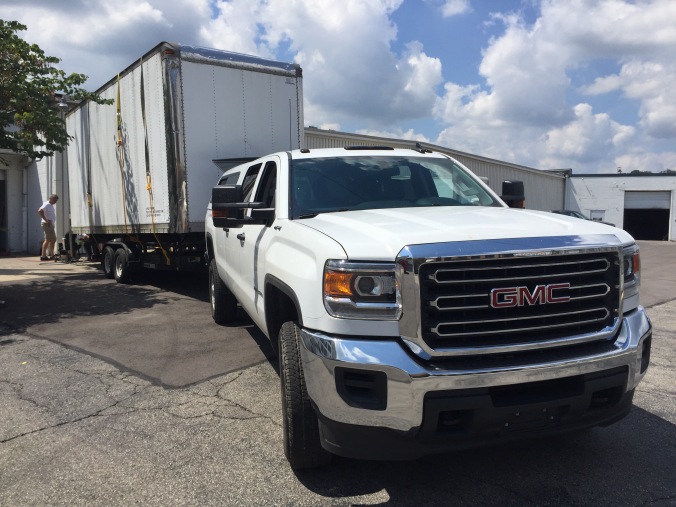 It was very slow going and we had a few harrowing moments when it began to sway more than a little… but we did make it back across town.

For now it’s parked behind the current coop. We need to do some leveling in the field to prepare the spot for it. Then the fun begins when we have to somehow pull it off the trailer!  Check back in a few weeks for that.

One thought on “The Beginning of a New Coop”